I had an especially awesome week leading up to Christmas. I had three separate dates with my protégé which was the biggest treat. We hopped aboard a vintage train (pic at right & at bottom) to Midtown where we shopped at the Disney store and Toys R Us Times Square 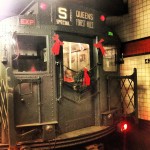 , and got tickets at the TDF booth for Newsies the Musical. Our seats were pretty high up in the mezzanine but this musical’s set design allowed for great viewing. The choreography was phenomenal and we enjoyed the show very much.

During intermission, Jeaniah pored through the program matching each actor’s headshot and bio with their characters. A few minutes into the second act, the lead male was singing in earnest and Jeaniah whispered, “He has a very pretty voice!” I agreed and took note at how enthralled she was. At curtain call, she applauded politely for chorus, loudly for a few of her favorite supporting cast members, then screamed the highest pitched dolphin squeal that could’ve broken glass when the lead male took his bows, like we were at a One Direction concert. Her unbridled enthusiasm made me happier than any gift could.

On the subway ride home, some boys started breakdancing in our car and could’ve rivaled any dancer in the Newsies chorus. Our car wasn’t that packed so it wasn’t too obnoxious and they were seriously talented, so Jeaniah gave them a dollar.

A few days later, I picked her up after school. She opened my Christmas gifts for her: a bracelet loom, tons of rubber bands and charms for making the bracelets, and a jewelry organizer for her new bedroom. These were met with gasps of OH MY GOSH! and COOL! I also packed her bag with her favorite treats that I normally would put in a stocking like some gummy bears (Gummy bears?! I LOVE gummy bears!) and a bag of Goldfish crackers (Goldfish?! I LOVE Goldfish!). This cracked me up. I’ve known her for two years now, so of course I know what she wants and likes to eat and do and see. Her surprise was delightful.

She mentioned that she had cards for her two teachers but wished she had gifts, so I let her pick two gifts from a shopping bag of heavily discounted Christmas items I had just snagged at Rite Aid. She chose an amaryllis and a candle/holder.

Later that week, I picked her up after school to go see “Frozen” in 3D. We both really loved it and the theme song “Let it Go”. In the movie, it’s sung by Idina Menzel but when then end credits rolled, it’s this Demi Lovato version. Dang it is a catchy tune! I felt so happy from the movie, so the heck with it….I’m gonna SING! We sang what words we knew (not many) at the tops of our lungs and mumbled the rest and bounced around in our seats. I gotta take this girl to a real concert. 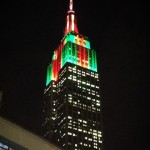 A couple of days later Christian and I joined her and her family at the annual Hour Children Christmas party with gifts supplied by the Marine’s Toys for Tots program. We got a few really nice pictures and made some crafts before Christian and I scooted out to LIC for the LIC Flea and the gorgeous view of Manhattan with the ESB decorated in green & red for Christmas with an awesome light show timed with music airing on 106.7. Fun! (Click here for the YouTube video of the light show.)

All in all, it was a great week in the city with all it has to offer, but I was happy to leave it behind for a long “vacation” at our cabin upstate. We enjoyed dominoes, the wood fire, Vince Guaraldi, lots of good home cooked meals, “Cheers” on Netflix, making pomander balls, way too much candy and almost too much laziness. Among other gifts, I gave Christian a pair of Hunter boots and Morrissey’s new autobiography and a bunch of tech gadgets; he gave me a gorgeous vintage tub planter, a much needed wallet and  a 3,000 piece jigsaw puzzle. The latter was really a gift to him: I stayed busy and out of his hair for a whole week. ;oP

We rang in the New Year quietly around our fire, writing out our goals, the theme of which seemed based on this Samuel Beckett quote:

All of old. Nothing else ever. Ever tried. Ever failed. No matter. Try again. Fail again. Fail better. 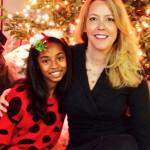 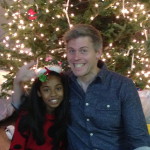 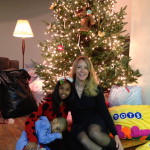 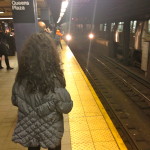 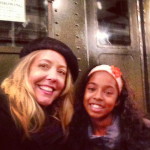 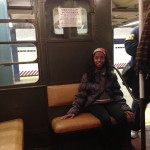 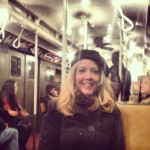 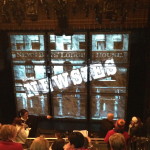 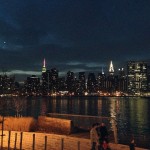 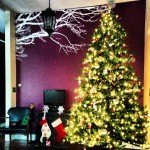 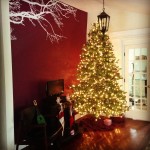 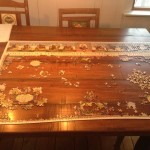 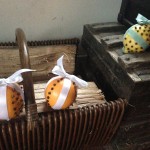 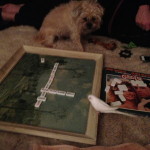