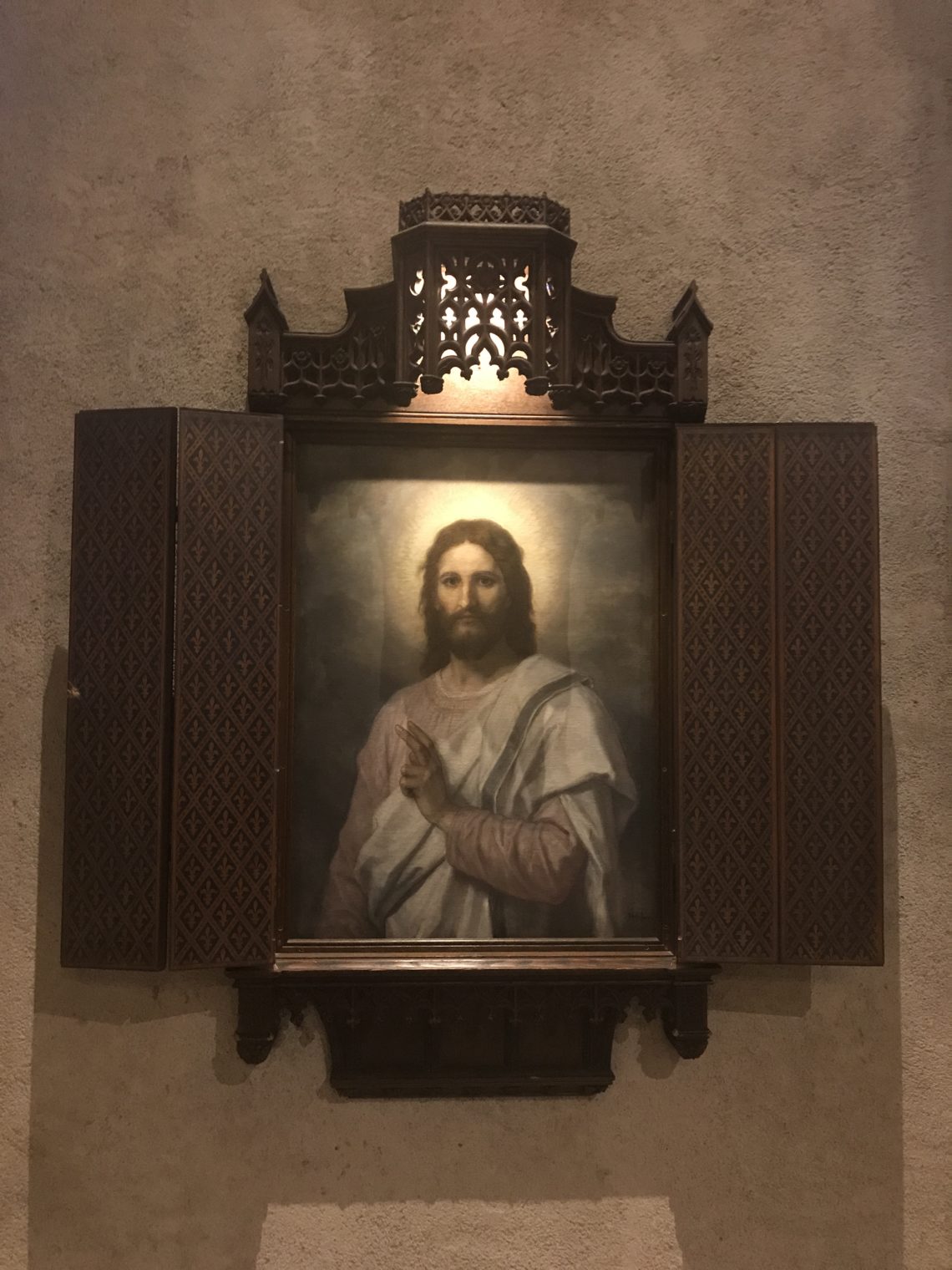 I will remember this day as a wonderful example of the things Life brings, good and bad.

I walked through the park and paid a visit to General Grant, an American hero and patriot who arguably did more for the advancement of civil rights than any other of his generation. Afterward, I saw the original Hoffman paintings of Jesus donated by John D. Rockefeller to the Riverside Church. They’re worth over 100 million dollars and are just there…not even shown or guarded. I asked Raymond in the gift shop if I could see them. He opened a couple of cabinets and voila! He said he gets asked about 15-20 times a week. Not that often! I told him I’d tell people.

It’s a beautiful and vibrant area with the park, Hudson River, Barnard and Columbia Universities, Grant’s Tomb and the Riverside Church where MLK Jr gave many sermons including his very famous anti-war speech not long before his assassination.

Afterward, I enjoyed a slice of apple pie and vanilla ice cream at Tom’s (famous for Seinfeld but really just a great, fast diner) where I & two other diners shouted at the TV incredulous at the Brett Kavanaugh inquiry. I hit up the Morningside Heights Library where I knew they wouldn’t have TV and recharged batteries, answered emails and wrote in my journal.

Finally, I meandered to Times Square where I took in “Come From Away,” a musical based on true events that occurred on and after 9/11 when 7k passengers were rerouted and stranded in Newfoundland. It was good. I got a rush ticket for only $30.

I got rained on a little bit as I walked to meet Christian for nachos. While telling him about my day, a live mariachi band played “Happy Birthday” three times in a row and then other songs I didn’t know.

At home, we played with the dogs and watched the news. I cried and got wound up about it all so then watched “Fargo” and now it’s time for bed.