Caroline’s on Broadway was chock full of laughter, and yet no mike was plugged in. Mix one part open bar, one part ham & turkey buffet and 150 comedians and you’ve got yourself a bunch of pictures requiring major red eye removal.

We arrived earlier than expected at 5 minutes past the official start time of 10:00, yet the place was already hopping with revelers. Most notable at that early hour was Stacey J from The Apprentice who seemed to be the guest of Paul Mooney who was dressed in a giant fur hat, military coat and heavy boots and danced alone in the sightlines of the spotlight & camera and a reserved Gilbert Gottfried.

One drink and a buffet round down, I headed back to the bar to see Lynne Koplitz & her boyfriend, Nick, arriving. We said our hellos and chatted briefly about how well my friend did as a guest on Lynne’s show, Life & Style, last week.

I had a nice chat with Lou Viola, head of programming of the HBO U.S. Comedy Arts Festival in Aspen. His was a name I’ve heard many times over the course of two years and finally had the pleasure of meeting. He was knew of my newsletter, which was encouraging.

Donnell Rawlings passed me and stopped in his tracks. A big broad smile swept across his face, “Hey, I know you!” I have heard great things about his Chappelle’s Show Live comedy tour with Charlie Murphy & Bill Burr and he confirmed, “That show is whack.” To which I replied, “Is that good?” (I’m so square. Have I correctly spelled “whack”?) Apparently, “whack” is very, very good. The shows are packed, the audiences are enthusiastic and the money is rolling in. He has divorced since the last time we met, but is nevertheless enjoying himself as evidenced in the photo below.

During this time, Dave Attell was making his way towards us. I was interested in meeting him, but he was intercepted at least five times. I never did get to say hello. I did, however, have very brief and pleasant encounter with Jim Norton, but not Patrice Oneal who is just a bit much for my taste.

On our way out, I met (again?) Artie Lange who said I should drop by his studio to deliver the latest Jest Magazine. I would be afraid of Howard Stern et al. accosting me to find out about my sexual past. Perhaps I’ll just mail it. 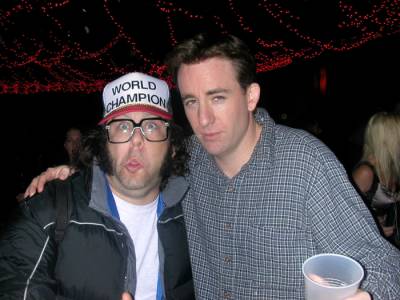 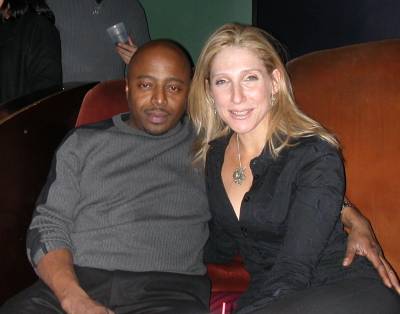 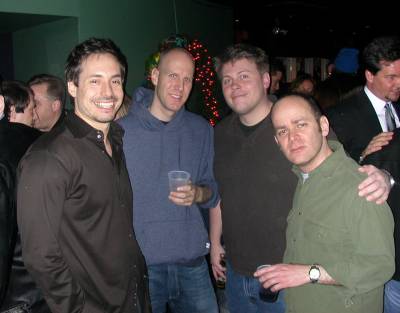 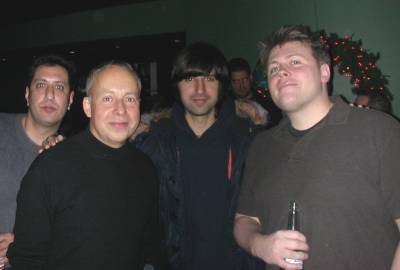