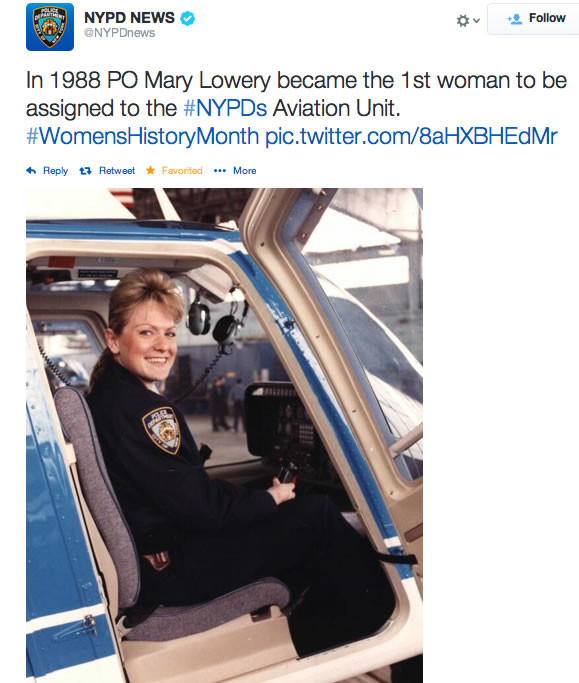 I saw a tweet  from the NYPD and thought it was cool. It’s cool not only that in 1988 Mary Lowery was the first woman assigned to the NYPD’s Aviation Unit, but also because that same year Mom was wiring avionics for Heli-Dyne in Hurst, TX. She was even in a Budweiser commercial during the “For all you do, this Bud’s for you!” advertising phase. Four helicopters they built was for…you guessed it:  The NYPD.

After the helicopters were completed, the NYPD gave Mom a baseball hat with their logo on it. Dad used it to try to get out of a traffic ticket. I was with him and acted as his interpreter. Dad told the truth to me, and I interpreted a better lie to the cop . We got off. We didn’t need the hat.

Years later, when I moved to NYC, I worked with the lawyer whot represented the NYPD in their precedent-setting licensing efforts. Less than two months after the license was granted, planes flew into the Twin Towers on 9/11 and the NYPD’s trademark became invaluable. Months were spent at Ground Zero confiscating unlicensed NYPD hats.

The only aerial pics taken on 9/11 were by a photographer in an NYPD helicopter that Mom built. (TW: Actual footage on YouTube taken on 9/11 from one of the choppers Mom built. If you FF to 14:50 and onward they show the helicopter and its interior equipment, etc.)

The pics were published in the book Above Hallowed Ground: A Photographic Record of September 11, 2001 in which the lawyer & his team (me!) were thanked. Funny how things go full circle.

I always loved that Mom didn’t have a “traditional woman’s” job. That she excelled in her industry inspired and empowered me. With each generation we women can learn from and lean on each other.  There’s something weird going on in the USA with women’s rights. I can’t fully wrap my head around it and why it’s happening now, but I have faith that it’s just a phase. We still have the right to vote, something our [great] grandmothers didn’t always have and women in other countries *still* don’t have.

Build your own helicopter and fly.

~Kambri
Below are pics of the tweet / photo of Mary Lowery and a photo of Mom (the redhead) with two other women in avionics with two of the four NYPD helicopters, wiring others and the NYPD choppers in action at the World Trade Center and the Brooklyn Bridge. Plus a pic of the bambi bucket being tested in Hurst, TX. 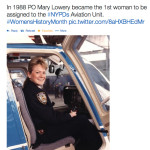 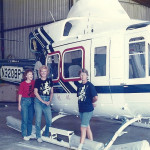 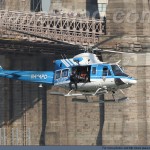 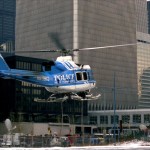 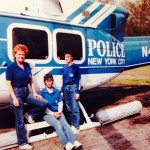 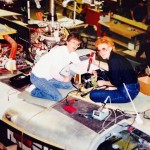 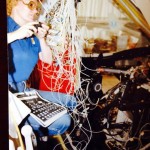 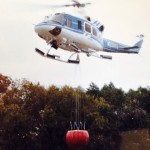