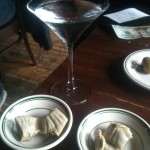 Holy mother of god, you guys. I need to buy a pair of stretchy XXL pants and move to Madison, Wisconsin already. Every meal is a gastronomical orgasm! I even ate a pickled turkey gizzard, y’all! It look like the wrinkly vagina from a cadaver, but I’ve eaten tripe so figured this couldn’t taste much worse. It wasn’t. It tasted like dark meat. Who knew?
[Picture at right: Beefeaters and company. Not a euphemism.]

My first day in town began with breakfast (cheese & sausage quiche & Wisconsin Amber from Capital Brewery) at Marigold Kitchen. Afterward I took my shuttle driver’s advice to use the Wisconsin State Capitol as a shortcut to get to my destination, the Wisconsin Veterans Museum. I breezed in and wandered the halls.  “Huh,” I thought. “Haven’t they heard of terrorism and mass murderers? Where’s my full body cavity search? I demand to be delayed and felt up by a stranger! Someone touch me in the name of security!” 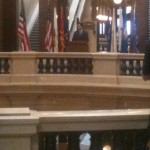 As I meandered aimlessly, I heard a voice echoing but couldn’t make out the words in the cacophonous stone and marble building. It sounded like someone giving a speech, so I followed the disembodied voice’s direction until I found the source. A man in full marine dress blues was speaking in the rotunda to an audience filled with others in military dress uniforms. I did what anyone should do: I acted like I was invited, grabbed a program and took a seat. As it happens, it was a ceremony in honor of Veterans Day and Wisconsin Governor Scott Walker was the keynote speaker.

It’s not often one finds themselves inches away from a state leader, and stranger still that never once did I go through any security checkpoint. Given how hated the Governor of Wisconsin is in Madison (and the whole state?), I found this doubly surprising. I guess with all the soldiers around us, he was purportedly safe.

The governor gave a thoughtful speech in honor of the Wisconsin veterans that have served this country. “163,” he noted. “The number of Wisconsin men and women who paid the ultimate price in service of their country 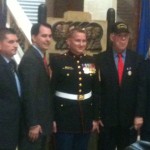 since 9/11/01.” We had a moment of silence, which made me start crying. If you’re not choking back a lump in your throat during any moment of silence I have to wonder how silent are you being, really? Shut out everything and think –truly think– about what the men and women before us have done to give us the liberty and justice we have come to expect. Like I said: Lump in throat.

I watched as First Sergeant Timothy LaSage was honored and Larry Stanczyk was awarded a Purple Heart for injuries sustained during the Vietnam War on July 11, 1969. Then as the crowd dispersed, I took photos, shook the Governor’s hand (his real hand! What if I were a spy?! Don’t spies go to Wisconsin? How about UNION spies?!) and left for my original destination: the Veteran’s Museum. How apropos.

After the museum, I enjoyed a pint of Hopalicious by Ale Asylum at  The Coopers Tavern where I flirted with my bartender, a Jeffrey Dahmer doppelgänger. I always thought Dahmer was kinda cute, but I guess no guy would take it as a compliment so I kept that part to myself. After settling the tab, I visited the Wisconsin Historical Museum. It was okay. I was a little tired at this point and museums start to be a bit of a drag when you’re by yourself. Sharing a learning experience is part of the fun. I was surprised at just how many inventions and pop culture things got their start in Wisconsin. That’s all I took away from that. Oh, and there’s a huge section on Native American stuff which is in every museum ever so I kind of skimmed that and now I have more White Guilt than before.

After that, I shopped along State Street where I stocked up on postcards and nerdy writing/journaling stuff (!) at Anthology (bummed I was missing their free workshop the next day where they planned to make these fun travel/adventure folder thingies. Yes, that’s exactly what they called them.) & dark chocolate covered cherries & salted caramel (!!) at Kilwins. I finished my jam-packed day with an organic burger (!!!) at Graze where I met Christian Finnegan‘s buddy from his NYU days. More amazing farm-to-table culinary delights, friendly people, affordable prices and lovely experience had me trying to figure out how to move to 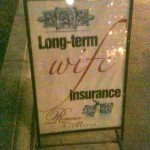 Then, as I waited for my hotel shuttle, I saw this sidewalk sign (see left) for a jeweler and thought, “Gross, Madison. You almost had me but this is really gross.” I wish I’d had my Sharpie with me, dagnabbit.

The next day was not as packed since I had to perform that night as part of the Wisconsin Book Festival. It started out with breakfast at The Old Fashioned. I’d heard they were good for fried cheese curds and more than one person said they’d de-friend me if I didn’t try them while in Madison. I ordered ham and eggs with a side of fried curds and a bloody mary to start. There was so much food in my drink, I wasn’t sure I’d have room to eat much else. 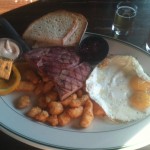 But then my plate arrived, and I vowed to get fat in the name of GOD and AMERICA. Wow, wow, wow! I was only three bites into my meal when I decided that I would eat here again before I left for NYC which meant within the next 18 hours or forever hold my peace.

Cheese curd needs to work on its PR/marketing image. Curd sounds repulsive. I eat cottage cheese but “curd” makes me think of discharge from an infection. In reality, fried cheese curd is like miniature mozzarella sticks only made with better, different kinds of cheese. They’re pictured on the lower portion of my plate in the photo at right.

Around this time is when I befriended an ex-Marine (’73-’76) named Peter who was celebrating the Marine’s 237th birthday by drinking a gallon of Beefeaters. He was recovering from prostate cancer, on his way to visit his daughter, bought me a bloody mary and introduced me to turkey gizzard (again, not a euphemism).

After we parted, I wrote a bunch of postcards and wandered the largest farmer’s market in America where I loaded up on fresh, homemade jerky which was the only thing I could expect to stuff in my suitcase that wouldn’t reek, rot or take up too much room.

I got to the hotel and posted the above photo of my eggs & ham touching off an Internet storm (okay, a slight breeze) of people warning me that being fat is not good and to change my dieting habits. Ummm… SCUH-ROO YOU! A little tipsy from my two bloody marys I made a video about how you should not be fat because that, apparently, is the worst thing you can be EVER. Here it is: 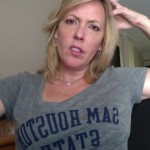 I napped, sobered up, showered & dressed for my main event: a 45 minute presentation at the Rotunda Room of the Overture Center. If I may bitch a little (more), I was pretty annoyed at the onset. I got to the venue to meet with tech early per instructions since I was going to have a slideshow. The Overture Center’s cafe was closed even though there were three shows going on, my books weren’t available for sale at the “book store” and they didn’t even have it on the list. ($@#%^*& !!!!!!!!!!???????)

I was also directed to the wrong floor, so was annoyed, hot and winded after running up and down three flights of stairs when I finally found the Rotunda Room where the tech person wasn’t there. So I said F this and went outside to literally and figuratively cool off. I spotted a bar across the street and downed a glass of Pinot Grigio and headed back to muscle through what I was now expecting to be a huge waste of time.

Thank whatshisface I was wrong. Tech showed up (I was totally fine to go without the slides, but nice that it worked out), a few minutes before showtime a man from the book selling company showed up with books that they promised to add to the pop-up store for the remainder of the festival, and there was a huge, SRO crowd. The event itself went swimmingly though I do think my being overheated and annoyed affected me. I’d give myself a B-minus.

The best part for me was meeting Facebook-turned-in-real-life friends Stu Gilkison & his wife Jessica. They graciously treated me to a post-show drink & snacks (again, the food here is crazy good. A simple appetizer of stuffed olives had my eyes rolling in the back of my head.), and even gave me a ride back to my hotel. As we walked to their car, we passed Coopers Tavern where they are regulars. Luckily, the Dahmer doppelgänger was tending bar. They agreed: total twinsies.

Bonus:  We made a pit stop to view Holiday Fantasy of Lights, a cheesy, drive-through Christmas display. Sure, I suppose it’s a “fantasy” if what you dream of includes five minutes of looking at a Lite Brite. The world needs to legalize marijuana before this can be considered entertainment. Priorities, people!

If you turn your radio dial to a pre-set AM station, there’s holiday music to accompany your “tour”. The fact that it was only November 11th and Thanksgiving was over two weeks away kind of made the whole thing surreal. Seriously America, it’s okay if you enjoy Thanksgiving first. Everybody just RELAX for a GODDAMNED MINUTE!

And though I snark, it was fun. A wee bit too much fun, in fact. The next morning I was hurting but happy dreaming of a white Christmas. As I packed, I got weepy (again) at the thought of leaving. (Why can’t I live everywhere and do everything?) I mean, I cried watching a clip from Saturday Night Live as Anne Hathaway & the SNL cast sang a parody of “One Day More”. Seriously. 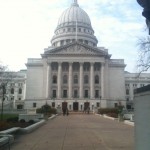 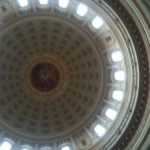 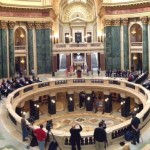 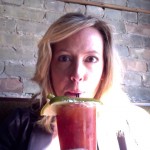 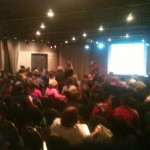 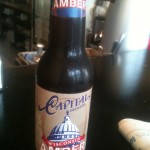 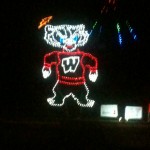 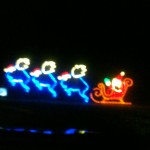 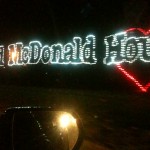