Friday, I rode my new bicycle to a protest. Now I just need to grab a granola bar and stop shaving and my transformation will be complete. I WILL be the person I would have rolled eyes at.

The impromptu rally I attended was in reaction to NYPD officers Moreno & Mata, aka the “Rape Cops,” being acquitted of rape. Luckily, they were found guilty of a few lesser charges so Ray Kelly promptly fired them from the NYPD. Their sentencing isn’t till later in June and, hopefully, seeing the public’s outrage at the verdict the sentence will be the harshest allowed (2 years) for the lesser crime of misconduct.

Incidentally, “attend a rally” is on my re-vamped bucket list. I had forgotten this until I was actually chanting with the crowd outside the Supreme Court in lower Manhattan. Since writing that post, I’ve also now ridden the Orient Express, though it was in Peru. I still want ride the REAL Orient Express.

Anyway, all told, I rode about 18 miles through Manhattan, Brooklyn & Queens during rush hour traffic, including the smelly streets of Chinatown, and only fell once (while stopped at a traffic light and trying to adjust myself on my seat — stupid), scraping my right knee but not to the point where I needed to stop for a band-aid or anything. Not bad for my first time!

I was ever grateful I didn’t injure myself because at the crack of dawn Saturday morning, Christian & I hopped a flight to Akron/Canton for my ex-husband’s niece’s wedding. She didn’t know I was coming as her mom, my ex-sister-in-law Tracy, wanted it to be a surprise. Upon seeing us at the church, Alisha burst into happy tears! I was worried the shock wouldn’t go over well but she was overjoyed. I hugged so many ex-in-laws and friends that my rotator cuffs are sore.

We flew back to NYC less than 24 hours later, picked up Griswold from the vet where he had been neutered. I headed in to Manhattan for a lovely dinner with Tex in the City pals, Scott Ramsey & Greg Gorman, and today has been video games, writing the acknowledgements for Burn Down the Ground, and general laziness. What a perfect weekend!

We really need to learn how to operate iPhone cameras because none of our wedding photos are that great. But here we are from top to bottom:  Me & Alisha, me, ex-husband and current husband duke it out, me & my ex-husband (aka The Sailor for those of you who follow my http://www.lovedaddy.org/ blog), and poor little Griswold. 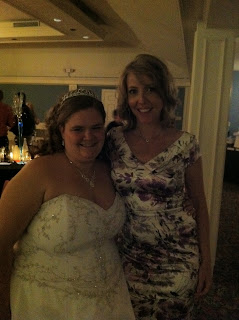 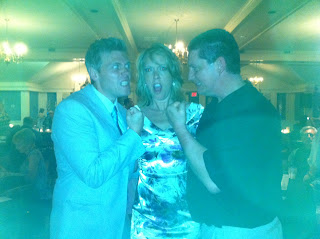 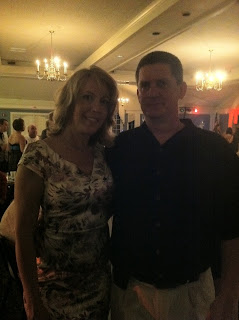 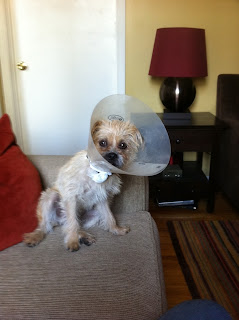