I feel like today’s NY Post should have it’s own exclusive “In the Papers” segment with Pat Kiernan.

The cover is a heartwarming story of an NYPD officer Larry DiPrimo buying socks and a pair of $75 boots for a homeless man. So touching, right?  People all over the country have been so incredibly moved by his selfless gesture that the Post devoted the cover and two full pages to the story. All I can think is, “Giving a shoeless homeless man pair of boots is very kind, but the man is probably mentally ill and still on the streets…but go ahead and put the bandaid on open gash.” Pfft. I know I’m being a buzzkill but I can’t shake the cynical, pessimistic thought. Luckily the bum seems harmless unlike some of the lunatics that roam city streets. But, yeah, kudos to the officer. Nice job, dude. I hope they enjoy their fifteen minutes before the Post digs up some salacious info on one or both of them (hope you never sexted anyone, bro!) and rips them apart.

Then there’s an article on Lindsay Lohan‘s latest run-in with the law. Oh LiLo, did Britney not teach you anything? Nothing surprises me here. That the Post would devote two full pages to the once promising actress’ ongoing trouble tornado (Officer DiPrimo, take note! Nothing pleases the Post more than to tear down what it helped build.) or that Lindsay socked a lady in the face. What would be a surprise is she actually had to serve time. It helped straighten up Paris and Britney. Girl needs help. Incidentally, the precinct where Lindsay was taken is the same one I picked up ArIes Spears from when he *allegedly* forcibly touched a lady at the comedy nightclub Comix.

Finally, there is an article covering a bizarre incident during the sexual abuse trial stemming from charges that a 12-year-old girl was molested by a leader in the Hasidic Jewish Satmar sect. I’ve always found Hasidic Judaism stranger and more cult-like than other religions which are all pretty strange and cult-like when you slice and dice them. Hasids are almost as strange as the time I saw one of my Dad’s extended family writhing around on the floor of a church moaning and crying and panting like she was being shtupped by the Holy Ghost. And, ladies, let me tell you, the Ghost had found her G(lory) spot. I felt the same way watching it as when seeing a clip of a hidden camera show or celebrity sex tape and thought, “I shouldn’t be seeing this.” Shudder. 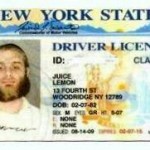 Anyway, back to the case. The case is full of twists and turns and stunning revelations worthy of gang or mob trials like witness intimidation and that the girl’s father secretly recorded his daughter having sex and other creepy stuff. Today’s report is that four Hasidic men were charged with photographing the unidentified girl and posting it on social media sites. One of the accused photographers? His name is Lemon Juice.

If every news cycle were this interesting, Kiernan could have his own national talk show.