I have it on good authority that there is a sequel to Magic Mike in the works and have exclusive, never before seen photos from the set! If you don’t want spoilers, don’t read further.

When asked about a follow-up, Tatum told Glamour U.K., “Yes, yes and yes! We’re working on the concept now. We want to flip the script and make it bigger.”

The movie begins where the original left off: Mike, portrayed by hot piece of beefcake (okay, “actor”) Channing Tatum, has quit stripping and is languishing bored and broke. While scouring Craig’s List, he spies an ad for a tryout to join the U.S. Water Polo team. In a flip of the original, Mike is now the apprentice being trained by “Jake”, the seasoned but aging veteran star of the team whom the Olympics and gold medal have eluded, rumored to be portrayed by Colin Farrell.

Underwater cameras catch plenty of tugging and pulling on tiny Speedos, man-on-man contact and gratuitous butt shots. Fans of Matthew McConaughey don’t fret. You will get another glimpse of his scantily clad taint when the polo team has a fun romp at Miami Beach for a round of volleyball and runs in to the strip club entrepreneur extraordinaire. Slow motion dives into the sand? Alright, alright, alright!

Conflict ensues as the Olympic Games begin and the media gets wind of Mike’s scandalous former gig. The team suspends him as the controversy unfolds but when Jake is injured they pull Mike from the locker room. He rejoins the team and leads the U.S. team in an epic, come from behind (heh) win of the GOLD MEDAL!!! Jake has his long-awaited glory and Mike is featured on the boxes of Wheaties.

Now, on to the honey shots: 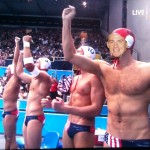 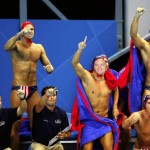 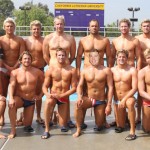 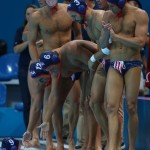 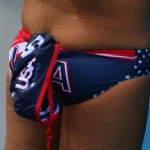