>While in LA, I met up with my friend Sarah. Sarah is a stop motion animator for Robot Chicken and the yet-to-premiere show Moral Orel, a new show by Dino Stamatopoulos (Mr. Show, TV Funhouse).

She invited me to tour the studio where Moral Orel is being created. I knew stop motion was a long, tedious process but seeing it up close and personal really puts it into perspective. An entire day’s work results in about six seconds (SIX!!!) of film. I watched the rough cut of the first two episodes which already are pretty funny. Dino’s young daughter (4 or 5?) was watching with me while playing with Paquita and every time the little boy made a noise she would tell me, “THAT’S ME!!!” Turns out she did the voice over for that character. Neat.

Here’s the scene Sarah was working on: 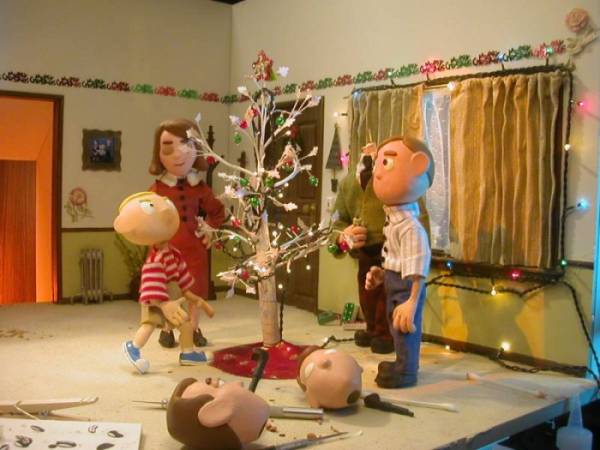 —Kambri
Moral Orel is slated to premiere Sunday, November 13, at 12:15 AM on Adult Swim.