Turning 41 on a Tuesday can be pretty blah. If you looked at our day on paper, it probably was.

We slept till 10:30 and in between the rush of showering, dog walking, coffee and breakfast, I gave Christian (the birthday boy) his gifts:

1) A doggy DNA kit for our mutt Griswold,
2) Tickets to “Hedwig & the Angry Inch” starring Neil Patrick Harris, and
3) A neon sign from the set of his sitcom Are We There Yet? that an eagle-eyed photographer from the show snagged at a junk store and shipped to me from Connecticut.

Christian went to therapy and had an MRI for his knee & hip while I worked. Afterward, we took Grizzy to an empty dog park. Bummer. Grizzy was hankering for some play time. We were finally joined by a guy with a rambunctious puppy named Fliffy. Making small talk about our dogs, we asked Fliffy’s dad what breed Fliffy was (poodle, Wheaton terrier mix). He asked what Grizzy was. I said we didn’t know but that I got the doggy DNA kit for Christian’s birthday.

“Today’s your birthday?” the guy asked as he walked toward Christian with his hand extended to give a shake. “It’s mine, too.”

WOW! WHOA! WEIRD! What are the odds?

Hungry, Christian, Grizzy & I left the park for LIC Bar. We ate Vietnamese food and drank beer in the rapidly diminishing afternoon sun followed by dessert at Monika’s Cafe Bar. We came home to swab Grizzy’s cheeks for DNA, watch TV and not much else.

Turning 41 on a Tuesday can be pretty blah. If you looked at our day on paper, it probably was. 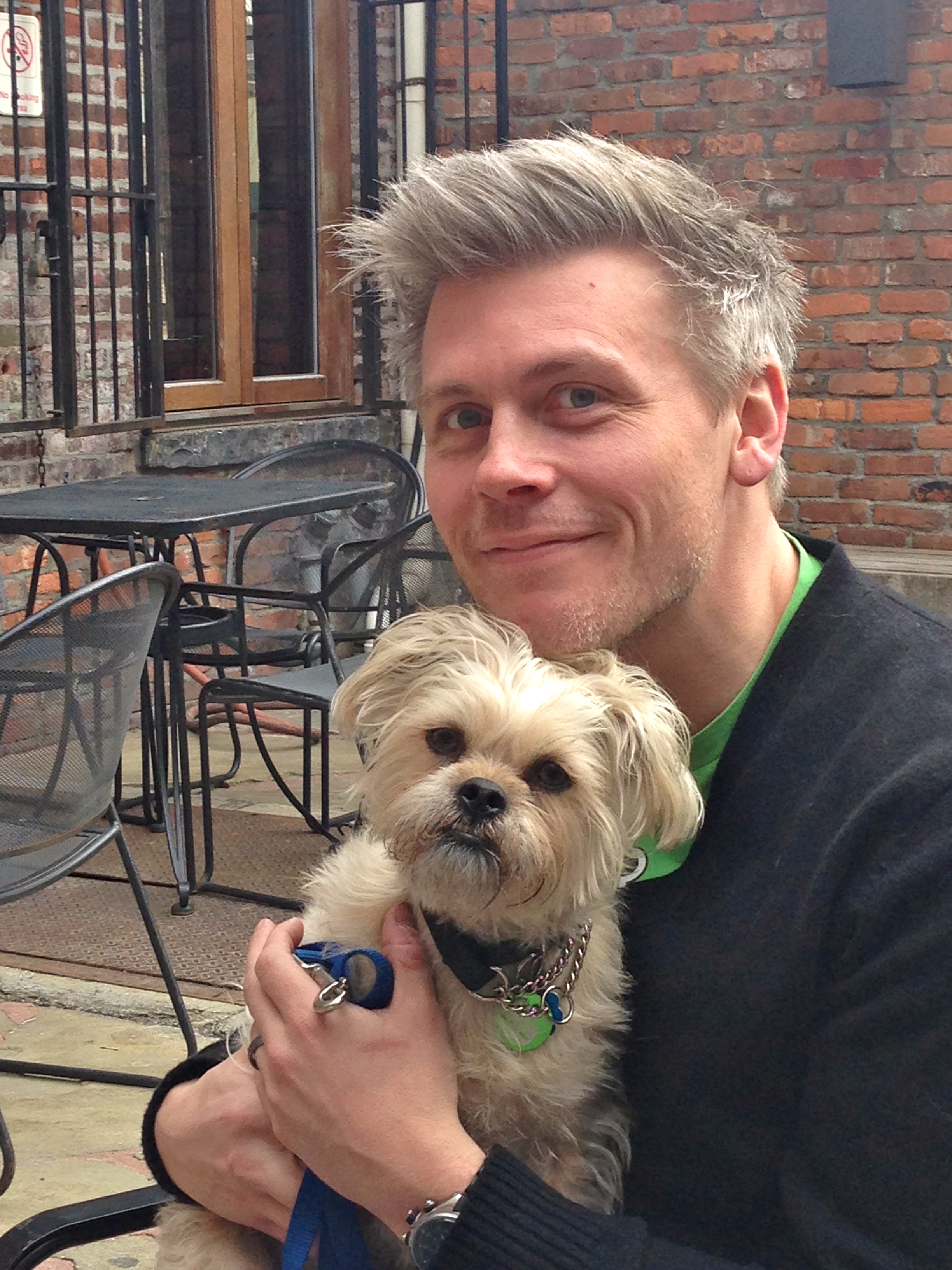