Well, after a pleasant and easy flight from LaGuardia on Delta Song, we arrived in sunny and warm Florida. There was much to do about nothing trying to get us into the proper condo, but we finally got settled in to our spacious two bedroom, two bath condominium complete with a dining room, huge kitchen, cable television and a balcony. We’re even high enough for me to push Christian off the edge if he gets out of line. 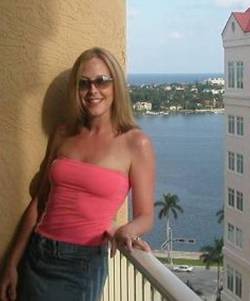 The place is great and so close to everything. We asked a guy where the nearest grocery store was, letting him know we didn’t have a car and he gave us directions saying, “But it’s pretty far.” We said our thanks and not to worry about the distance. Turns out, it was about as far as the R stop from my apartment door. Far? You call that far?

We ate lunch at the Cheesecake Factory, one of several chain restaurants we have to choose from, and I warned Christian to not order anything but an entree as their portions were obscenely large. He took my advice and we both ordered sandwiches. These things could feed a horse and horses don’t know when they’re full. We both finished just one half of our portions and got the rest to go. Who eats that much food? No wonder this country is a mess. We drive to the grocery store that’s around the corner after we’ve eaten about eight pounds of cheese and bread. 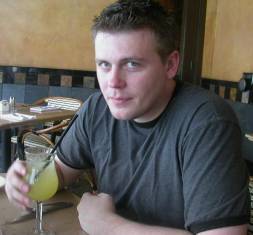 I brought my Pilates DVD so I wouldn’t get out of the routine and actually DID Pilates before going to Christian’s first of six shows at the Improv where he’s featuring for Richard Lewis and headlining on Saturday night. Knock on wood, I’ve never seen Christian eat it on stage and he didn’t fail last night. He kept the audience in a steady rolling laughter including a bit of sexual bantering with a 60-some-odd-year-old lady and some war of the words with a guy who was very excited to see Richard Lewis — who, in my opinion, wasn’t really trying very hard because the audience was pretty sparse for his standards. I guess when you’ve been doing comedy successfully for 34 years, performing for anything less than 300 people is a drag. But tonight should be a packed house, and I fully expect Christian to do well again and Richard to bring it tonight.

Okay enough comedy reviews, I’ve got free slushies to drink, a pool to lie near, and a boy who has called me “beautiful” about 58 times since we left New York. Hey, if this is what clean air does to his senses, I’m going on vacation with him as often as possible!