So good. So, so, so good. Neil Patrick Harris is perfection. I first learned about Hedwig when I was still a tourist traveling to the Big Apple with my Ohio theater friends. We’d pile in a van, drive to NYC to jam-pack four, sometimes five shows in three days before the drive home.

On one such trip in 1998, Hedwig and the Angry Inch was playing Off-Broadway at the Jane Street Theater. Torn between which shows to see during my limited time, I decided to skip Hedwig in favor of some other big Broadway show. It was a choice I regretted as soon as I saw my friend Eileen, fresh from the show and out of her mind with enthusiastic love for it and its writer and star John Cameron Mitchell. I couldn’t tell you what I saw that night instead.

I’ve loved the music for years, singing, screaming and weeping out loud in my car to Wig in a Box, Wicked Little Town, Origin of Love.

Last night I remedied my mistake by seeing it on Broadway. It moved me. Not just Harris’ fantastic (definitely Tony Award nominated, probably winning) performance but the journey of the show from Jane Street to here and my own from a tourist to a 14-year New Yorker. The art and love of it all had me in tears a few times. And the music. God, I love the music. 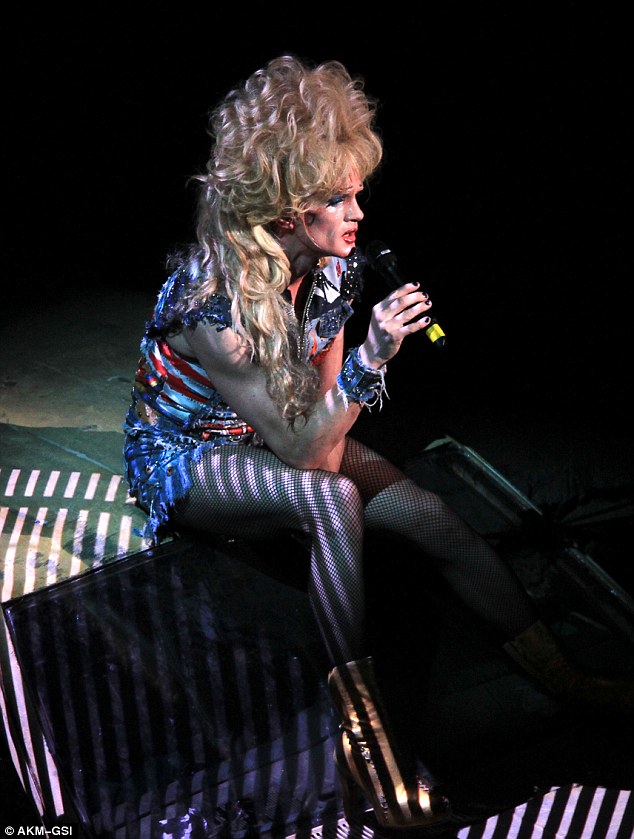